Prayer Vigil For Victims Of Santa Fe High School Mass Shooting Will NOT Stop The Next School Shooting: No Visible Sacrifice Of The Holy Mass = No Peace

Why do Americans ignore the Holy Sacrifice of the Mass?

Why do Americans insist on balloons and candles and flowers and holding hands etc?

Where is the Sacrifice to God?

'It doesn’t even seem real to me:' Hundreds gather at prayer vigil in Santa Fe to grieve for victims of horrific school shooting

SANTA FE — Hundreds gathered on the lawn of Texas First Bank, holding candles, roses or both.  Parked cars filled the sides of the road leading to the vigil, starting more than half a mile away. People walked silently to Texas First Bank and joined a murmuring crowd. Many hugged one another and held on a second longer than usual.  Texas First Bank sits in a plaza with storefronts painted a rusty brown, featuring the Zia sun symbol that graces New Mexico’s state flag. Teens wearing Santa Fe High School T-shirts clustered together. They listened as Gov. Greg Abbott urged them to stand together and promised to be with them through the healing process. Source

The necessity of visible Sacrifice, and the end, or cause why it was instituted, and used.

Two things, have always been much recommended by God, and highly esteemed by men of all sect, and sorts, who firmly believed that there was a God who extended his providence over mankind; first the honor of God, and peace with him; and secondly unity, peace and society amongst themselves. And these two, have always been, chiefly maintained amongst men, by a particular, visible Sacrifice, first offered unto Go upon an Altar, as a scared sign of the invisible Sacrifice of their hearts unto him; and after eaten, or communicated amongst themselves. By offering visible Sacrifice upon an Altar unto God, they solemnly protected the sacrifice of their hearts unto him, publicly adored him with the honor of Latria, or divine worship, which is due only unto him; and visibly made profession of peace, unity, and society with him, and amongst themselves: and by eating of the same Sacrifice, which had been offered unto God, they ratified and established the same peace, and unity, as partakers of that meat, with they had offered unto God for a sacred sign of common union, as generally manifest by experience, in all sects, and sorts of people, of former ages, who firmly believed, there was a God, and that his Providence was not wanting in the government of mankind. Anonymus Eremita 1637

Yeah... another prayer vigil  is not going to stop the next school shooting...

I will post this on the necessity of the Visible Sacrifice Versus Prayer Vigils again and again.... 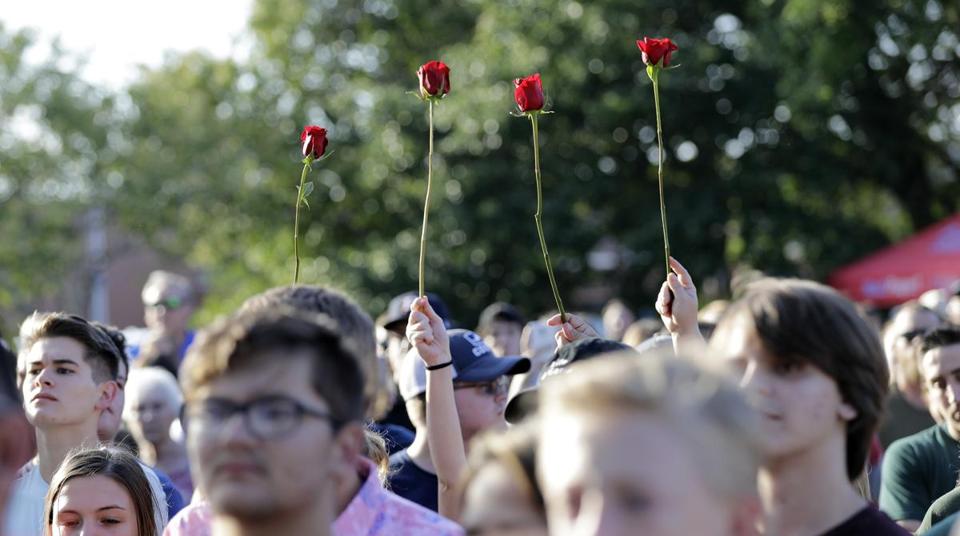